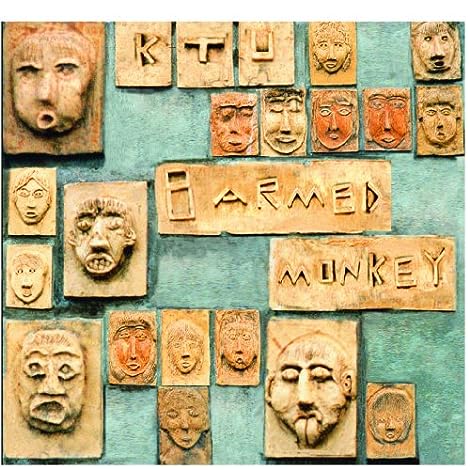 KTU (pronounced "K2") are a quartet of devilishly integrated halves: avant-accordionist Kimmo Pohjonen and digital manipulator Samuli Kosminen from Finland, and drummer Pat Mastelotto and guitarist Trey Gunn from King Crimson. Their debut 8 Armed Monkey, recorded live in 2004, is a robust tumult of Northern Lights sparkle, white-wolf guitar wail and rolling knotted thunder. Pohjonen is a wonder unto himself: animating his wind song with pedals and processing; attacking the bellows with the ecstatic fury of Jimi Hendrix. When I saw KTU play in Europe recently, they were as powerful and transgressive as the current killer Crimson (without, of course, Robert Fripp). But I was stunned to discover, after the show, that KTU have yet to get an American gig, because, Gunn said, promoters are afraid of the word "accordion". People, look at it this way: Pohjonen plays the ultimate in air guitar. Now hit the phone. David Fricke, Rolling Stone