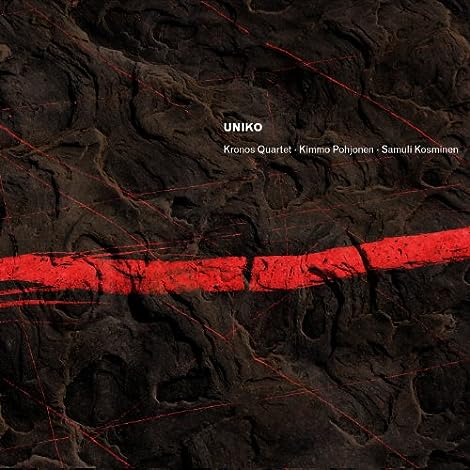 The music is sheer physicality”… ”Uniko” is like an ocean tide coming in. Big waves of sound build in complexity, animation and sometimes sheer frenzy, then abruptly retreat into small lyrical moments, amplified pizzicatos or buzzings by some huge and imaginary insect. Mr. Pohjonen, a  virtuoso on an accordion wired for sound, guided things along and became so excited at the end that one worried about his well-being. Bernard Holland / New York Times